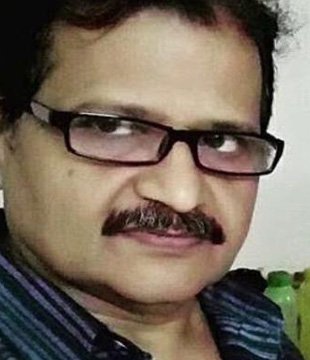 Govardhan was born in the Telangana village of Achampet to farmers. Govardhan wed Madhavi Deverakonda, a soft skill and personality development trainer, on July 1st, 1988. Govardhan moved into a rented residence in Saroj Nagar, Hyderabad, after getting married. Vijay Deverakonda & Anand Deverakonda, the couple’s two sons, are both actors. Chester and Storm are the names of Govardhan’s two beloved dogs. When Rao was a teenager, he moved from his hometown to Hyderabad in order to pursue a profession in acting. However, as Govardhan was enrolled in an acting class, he discovered that he was camera-shy. Govardhan subsequently made the decision to become a director, working behind the scenes. Indian satellite channels were being established at the time. Then a production studio approached Govardhan, but Govardhan refused to work for a boss. Later, Govardhan requested investment in his company from residents of his hamlet.

Deverakonda Vijay Sai, an Indian actor and producer who primarily works in Telugu cinema, was born on May 9, 1989. After making his Telugu film debut with ‘Nuvvila’ (2015), Deverakonda appeared in Yevade Subramanyam as a supporting actor (2015). With the films Pelli Choopulu, Arjun Reddy, Mahanati, Geetha Govindam, Taxiwaala, and Dear Comrade, Vijay made a name for himself as a star actor (2019).

Arjun Reddy, in which he played a self-destructive alcoholic, earned him the ‘Filmfare Award’ for Best Actor- Telugu. For Geetha Govindam, Vijay also received the ‘SIIMA Best Actor’ (Critics) Award. Additionally, Deverakonda is the owner of King of the Hill Entertainment, a production company that debuted with the release of Meeku Maathrame Cheptha. According to Google’s yearly report, Vijay was the most googled South Indian actor in 2019 and was included in Forbes India’s 30 Under 30 list.